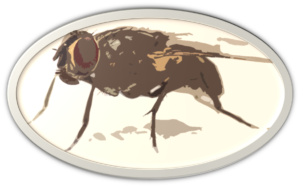 The sitting president, the 45th, is about to further entrench his power. Screw your democracy.

There is a mystical tradition that asserts that one should not pronounce aloud the names of demons. To do so evokes and enhances their power. Anyone who has been paying attention of late will recognize the truth of this statement.

Our news, formerly our “press”, has become a form of corporate approved entertainment. Something we now call the “media”, and some might even go so far as to call the media circus.

Global pandemic? Send in the clowns. You get the idea…?

Our ringleader, the one lathering up the crowd with his megaphone and snappy whip, we will only call “He Who Shall Not Be Named”. Just like we would refer to any seriously threatening demon or other hell-spawn.

There’s more, of course. Another mystical narrative thread concerns itself with human history. This story asserts that this world has been created and is maintained by the hands of mankind serving the Devil. From this, we get the story of the fall from the garden God provided us, and the crucifixion of our Messiah Christ the Apocalyptic.

In this worldview, the real power over humanity and its institutions has been human prideful sin propped up by systemic deception. Power is wielded by the rule of the few – the wealthy and powerful elite. Distortions serve to maintain this hegemony.

This is the Beast.

Today, the scales that have kept us blind to the truth are starting to fall away. We are getting “woke”. This is what happens when a new voice starts whispering into our ears telling each of us that we must somehow transform or face human extinction.

We recognize this as truth.

Now we are beginning to see that throughout human history, the powerful have taken from the weak using coercion and violence to possess what they want and to enslave to rest of us.

This is clarified through an American history lesson that has never been taught in our high schools. Rich and powerful white Europeans pushed poor white Europeans westward with this notion they brought with them and that they called “Manifest Destiny”. Here, native people or “savages” could be “Christianized” and “Civilized” – anyway those who could manage to avoid dying from the horrible scourge of imported disease, and from the bullets and violence of these white genocidal settlers. Lands stained red with blood could be taken over and over in this way and populated by black slaves kidnapped and transported here to make these lands productive and further enrich the powerful elite – the masters of the violent, white-supremacist patriarchy we all now call home.

Today we can see the results of all this “Civilizing” behavior with the planet on the verge of a collapse that entails the threat of a mass extinction that may well include the human species. It is becoming more and more apparent that these “stewards” of our land, the rich and powerful, have failed and failed to a degree unsurpassed in all of recorded human history.

The Apocalypse? Well, what else do you call it when we are at a point in history that clearly states that this world must dramatically transform – more precisely die out so that a new “earth” can reform –  or we will all become extinct?

Is it any surprise we have the antichrist on the verge of enhancing his already awesome power? Four more years…why not make it a lifetime? We can all hitch a ride on this mass murder-suicide spree. What could be more satisfying than that?

For many mystics, God provides what is needed. This is why we always end up praying for His Will. Only He knows what we truly need after all. Yet we must “Trust in Allah, but tie up your camel”.

Haven’t we had enough or do we need more suffering? How much longer do we have to live trapped in these lies…in this death?

I guess, for me, it’s easy to give up on America. Since becoming a man, I’ve never said your pledge or any pledge for that matter. In my better moments, my allegiance is with God, not some insufficient surrogate.

There are ideals that I refuse to give up on though. Ideals like “We the People”, equality, justice for all and the pursuit of happiness…the inherit equality of all humanity…the rejection of despotism and the rule of the few…the rejection of religious, ethnic, cultural or racial purity…ideals like that.

The first Bush president declared a “New World Order” with the fall of the Soviet Union and indeed, America had reached the ascendancy of world dominance – politically, economically and culturally. In the good ‘ole USA, the balance of power has steadily been tipped in the favor of the executive branch and no elected president has worked to reverse this course. Not in my lifetime anyway.

When the 45th president, He Who Shall Not Be Named, took office with about 3 million votes short of a majority, he became the most powerful man in human history. Ever. Once it was established that his sycophants and enablers would remove any means of accountability, looking the other way as he was caught with his teeny little orange hand in the cookie jar, his power only swelled breaking this jar beyond repair.

Today, they are murdering us. They are encouraging the killers riding around in pickup trucks waving the flag of the shadow “stars ‘n bars” nation and using the pandemic to “thin the herd”. They are experimenting on us, strengthening the fetters that bound us, and squelching any sense of potency we have managed to muster in this moment.

These truths we still refuse to see. They are too stark and real to properly digest, like a murder scene or the horrors of war – too surreal and unreal to possibly be real.

This is the time of the power of the Beast. Sure, it is a necessary step in the Apocalypse.

And yeah, the Apocalypse is something believers wish for. Why? Because this is the Devil’s world. We now can see the end of this path our leaders and “experts” have brought us to and it is annihilation pure and simple. It is what lays beyond this suffering that we sinners actually wish and pray for. It is God’s promise for a more just, equitable and peaceful earth that is ruled by Christ and not this devil.

I couldn’t be more serious either folks. It’s up to us.

Finally, I have one more proposal for your consideration. This we can call the “Birther Mark” theory. I claim that this antichrist, this 45th POTUS, has the mark of the beast on his fat white ass. That’s right, his “birthmark” is the 666 of the beast, and is clearly visible on his ugly derriere when exposed. If he wants, he can drop trou’ and prove me wrong, but until then I insist he’s got the “Birther Mark” of the Beast. Prove me wrong bro.

What further proof do you need? So, let’s stop this atrocity so we can move onto the real and pressing business of the day – saving the planet and realizing a better earth for all. It is up to us.